Art House Convergence Board of Directors

You can read more about expected duties of the Board here.

Matt Bolish is the Vice President of Operations at Film at Lincoln Center and the Producer of the New York Film Festival.  He oversees festival partnerships for the organization including collaborations with the Museum of Modern Art, the Jewish Museum, Dance Films Association, Governors Island, and others. As Producer of NYFF, Matt is part of the festival leadership team and intimately involved in all aspects of the annual event.  Between 2010-2019 he curated Convergence, Film at Lincoln Center’s interactive program, which focused on immersive storytelling and the intersection between technology, audiences, and creators. Prior to joining Film at Lincoln Center, Matt worked at a number of film festivals and arts organizations including the American Film Institute, Outfest, and the Dallas Film Society.  Matt earned a BA in Political Science from Denison University. 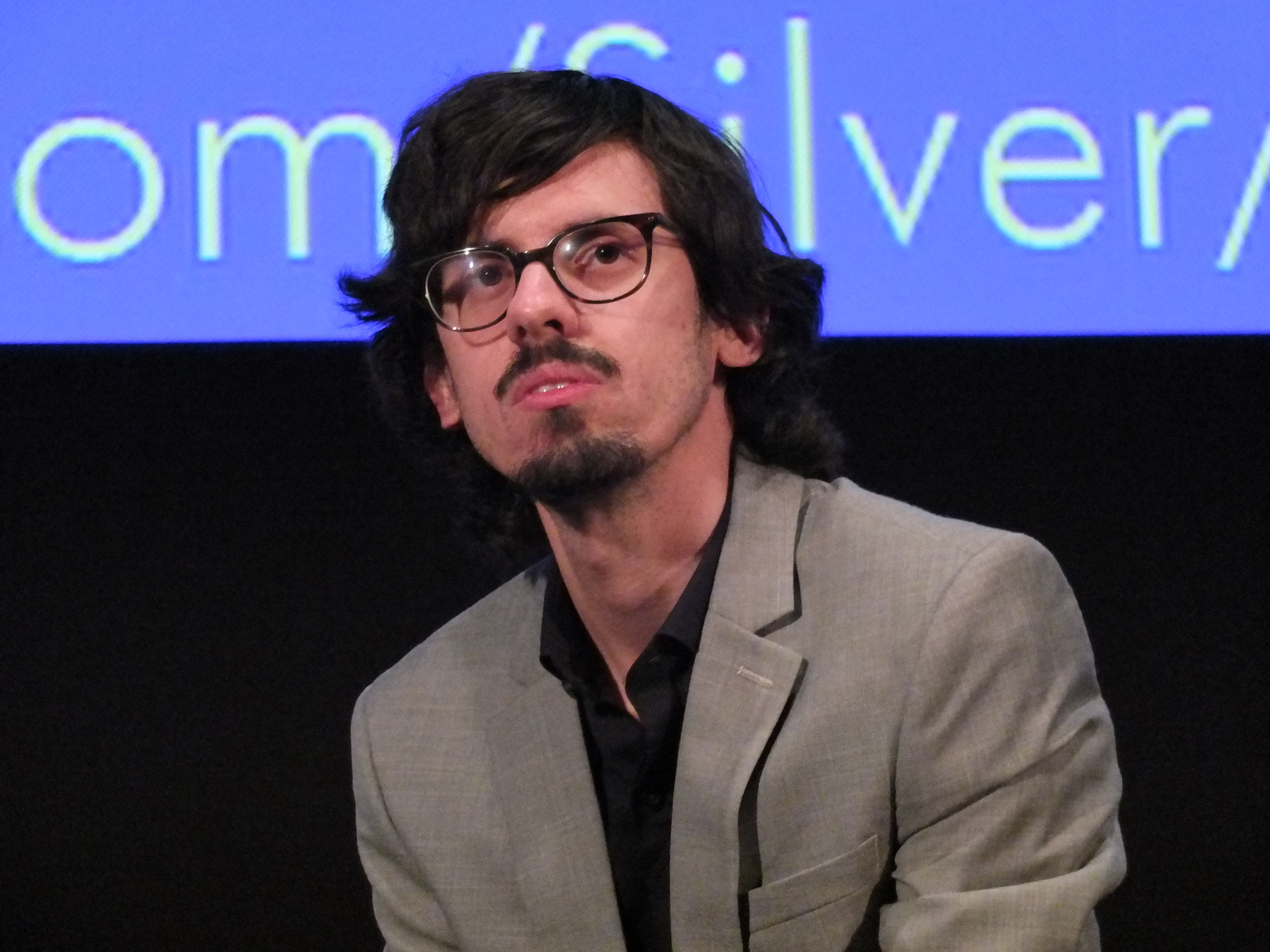 Javier Chavez is the Assistant Film Programmer at the AFI Silver Theatre in Silver Spring, Maryland. He is part of a team that curates over 700 films annually at the theater, from first-run to repertory to several festivals, including the AFI Latin American Film Festival and AFI European Union Film Showcase. He has served as a National Endowment for the Arts (NEA) Grant Panelist for Media Arts and was formerly Associate Director of Coral Gables Art Cinema for six years. Outside the world of cinema, he is a self-taught computer programmer who hopes to automate his entire workday – a task not yet accomplished. Born in Santa Clara, Cuba, he holds a BFA in Dramatic Writing from New York University’s Tisch School of the Arts. 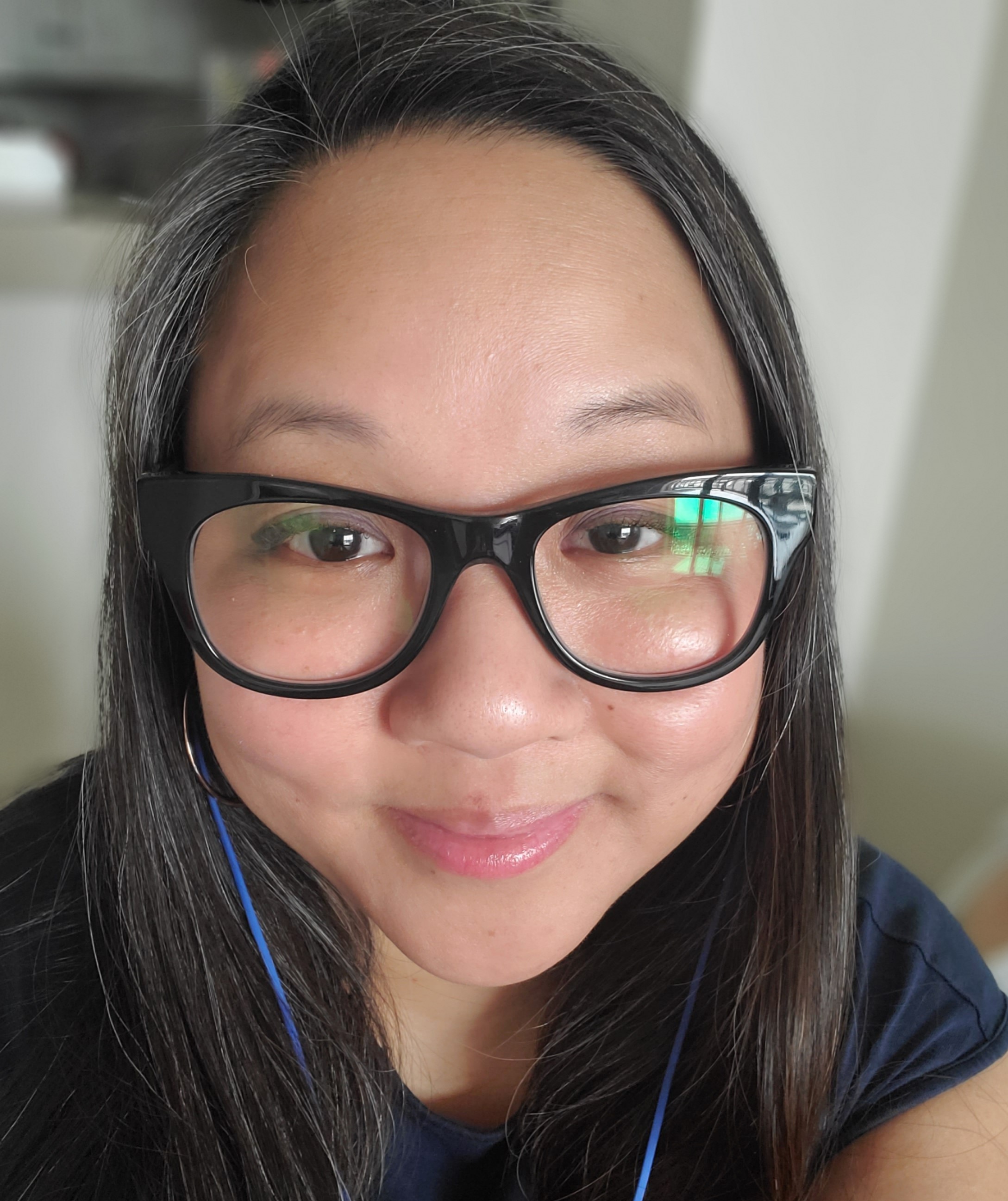 Carolyn is a local government legislative analyst with a professional background in business development and startup ventures, where she provides budget and policy recommendations for the arts, humanities, historic preservation, and library sectors. She is the current Festival Manager for the Double Exposure Investigative Film Festival & Symposium and Board Member/Treasurer for the District of Columbia Asian Pacific American Film Festival, both held in Washington, DC.

Carolyn served as the Administrative Chair of the Transitional Working Group of the Art House Convergence and contributed to the strategic planning and restructuring process, centering racial equity and social justice in nonprofit governance. She also served on the board of the Theatre Historical Society of America, where she organized conferences in Los Angeles, Detroit, and New York City to promote the architectural and cultural relevance of historic theatres and movie palaces.

Carolyn is an avid documentary film festival traveler and a former front staff member of Cinépolis Luxury Cinemas in Maryland. She holds a B.A. in Economics from the University of California, Berkeley and an MBA from the NYU Stern School of Business. 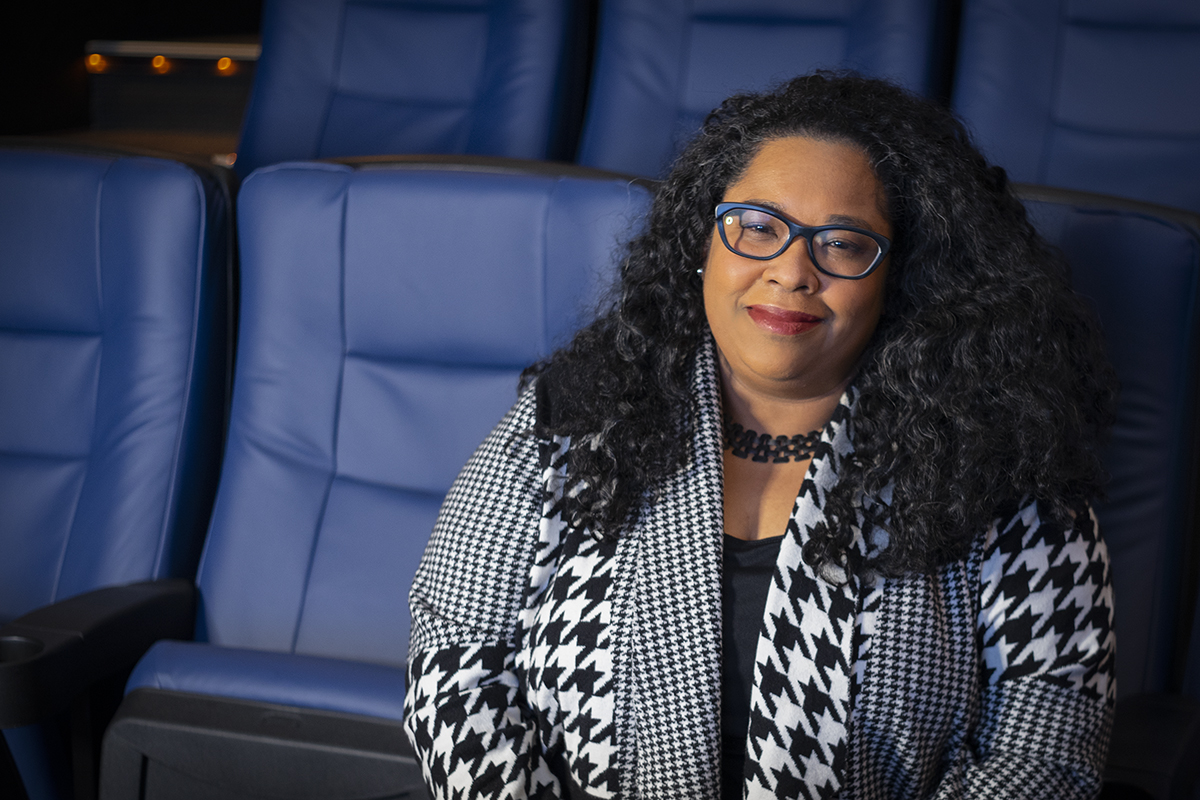 Yasmin Chin Eisenhauer (she/her) currently serves as executive director of Amherst Cinema Arts Center, a nonprofit arts and education center in Amherst, MA. She’s spent the past two decades of her career in educational technology and film festival production, resulting in the design and delivery of innovative programming and impactful learning experiences. Yasmin Eisenhauer earned her bachelor’s degree at Smith College and her master’s degree in educational communications and technology from New York University. 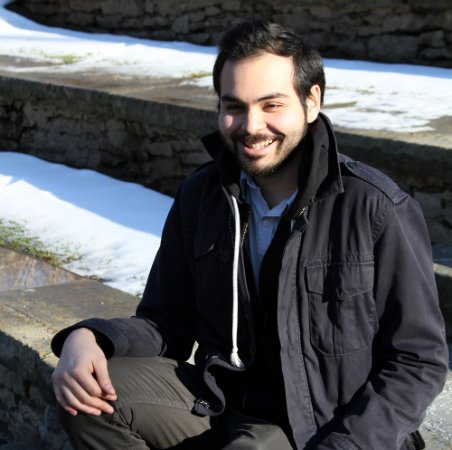 Ben Delgado is the Programming Director at FilmScene, Iowa City’s premiere art house theater. He holds a masters degree from The Ohio State University in Arts Policy and a BA in Communication and Culture from Indiana University. Ben began his programming career at Coral Gables Art Cinema in 2013 where he helped develop artists’ services programs and curated a diverse film selection. In 2017 he joined the programming team of the AFI Silver Theatre and Cultural Center playing an integral role in presenting over 800 annual offerings. In his current role at FilmScene, Ben oversees all year round programming including the Refocus Film Festival, a festival celebrating the art of adaptation. 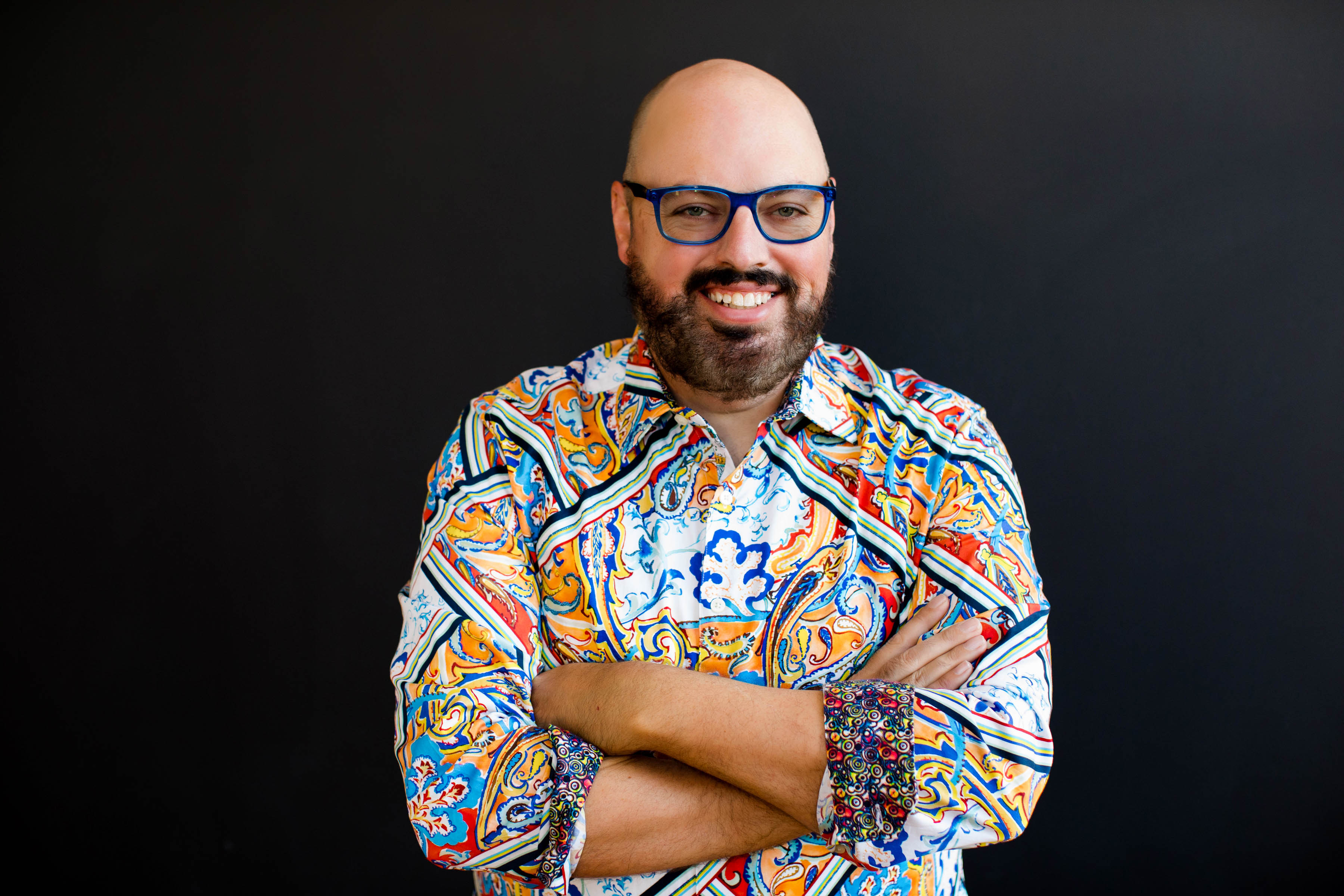 Ben Godar is the co-founder and executive director of Des Moines Film, as well as the programmer for Varsity Cinema. Before creating the nonprofit, Ben was a filmmaker, college instructor and journalist. He earned an MFA in Screenwriting from Chapman University. 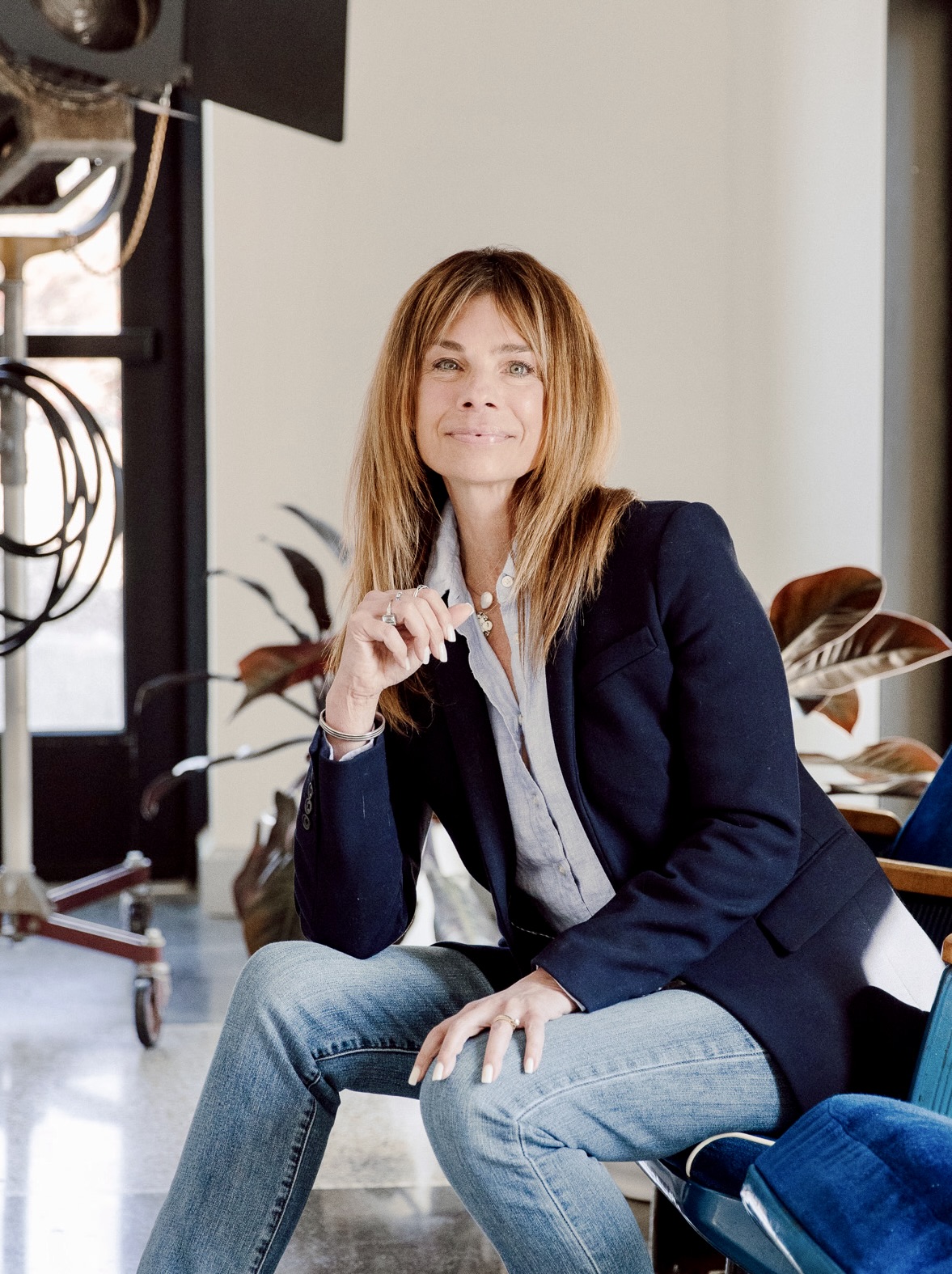 Deirdre Haj (Executive Director, Film Streams) was one of the first film festival leaders to join the Festival Forum at IFP, which became the Film Festival Alliance, where she served as the first Vice President of the organization.

Her tenure in Nebraska follows an outstanding run at the Full Frame Documentary Film Festival, which she led since January 2010. Under her leadership, Full Frame developed into a prized, Oscar-qualifying festival. Achievements during this time include the creation of the nationally acclaimed School of Doc teen filmmaking course, the Teach the Teachers documentary literacy program for educators, and the festival’s celebrated Speakeasy Conversations, including an annual panel addressing the lack of diversity in the documentary filmmaking field. Haj also developed resources to build new offices and the Full Frame Theater.

Haj served as Senior Advisor for Television and Film at Duke University for over five years. Prior to this, she worked as a producer, and consulted between the MPA and government agencies, drawing together Hollywood professionals and federal agencies to create onscreen solutions for public health issues.

Alicia Kozma, PhD, is the Director of Indiana University Cinema, an art house cinema dedicated to using film and cinema studies for intellectual development and cultural enrichment. An educator, writer, and researcher, her work is focuses on practical and interventional analyses on the labor of underrepresented populations in the entertainment industries with a particular focus on gendered labor in the neo-art house and below the line production workers. She also works on evaluations of emerging media technologies on the business of theatrical distribution and exhibition business particularly focused on the impacts on independent theaters. Learn more at www.aliciakozma.com.

Arin Liberman (Co-Executive Director/Co-Custodian, Ragtag Film Society) has spent her professional life immersed in film – from festivals to movie, television, and commercial production work. Raised in Washington, DC, she graduated from The George Washington University in 2006 while interning at the AFI Silverdocs Documentary Festival in Silver Spring, MD. There, she advanced from programming & special events assistant to Festival Producer while working concurrently on shows for National Geographic Television, the Discovery Channel and the Smithsonian Channel, as well as other fest gigs across the country. Liberman started at True/False in 2011 and has worn many hats with the Fest since, from editing publications (including the 10-year anniversary book) to managing the box office, managing the programming team, and serving as the org’s first Chief People Officer. In 2020, Liberman was selected as a Co-Executive Director to lead RFS; the parent organization of Ragtag Cinema and True/False Film Fest. She is a Capricorn sun with a Cancer moon and Leo rising. 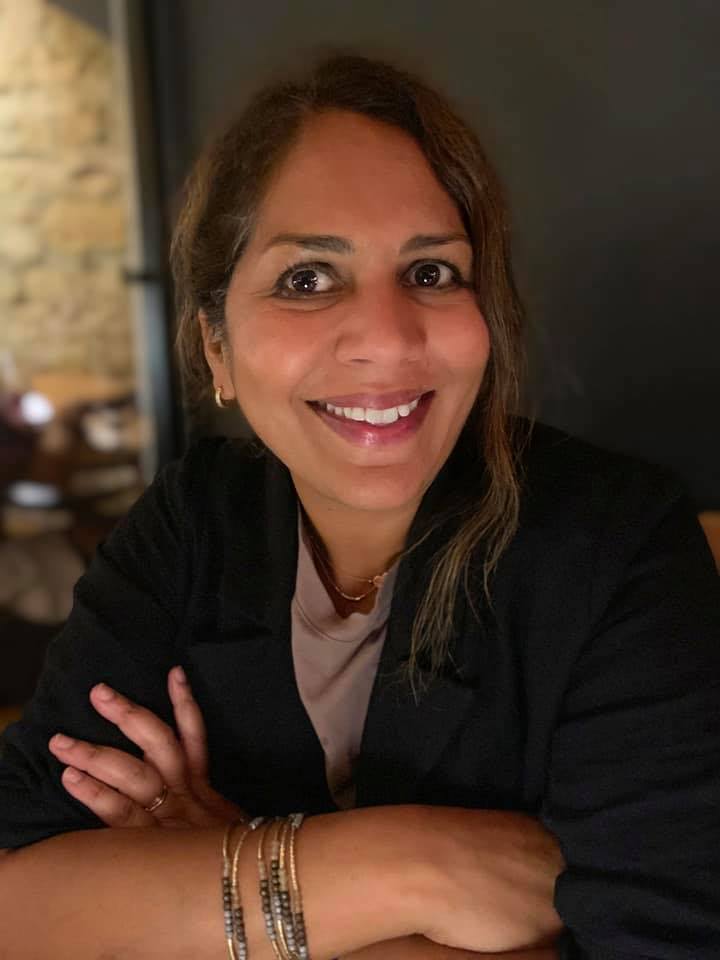 Lela Meadow-Conner is a Creative Producer and Founder of mama.film – where storytellers, changemakers and nurturers come together to champion humanity through a maternal gaze. mama.film curates films that center women, identity and the human experience. In 2020, mama.film launched rePRO, a virtual monthly film series advocating for reproductive justice. In 2021 & 2022 mama.film served as a Satellite Screen for the Sundance Film Festival in Kansas and now operates as a nomadic cinema experience.. She has 20 years of experience in independent cinema exhibition, most recently serving as the Executive Director of Film Festival Alliance from 2017-2022. Lela also sits on the board of the Vidiots Foundation, soon to relaunch in the historic Eagle Theater in Eagle Rock, CA. 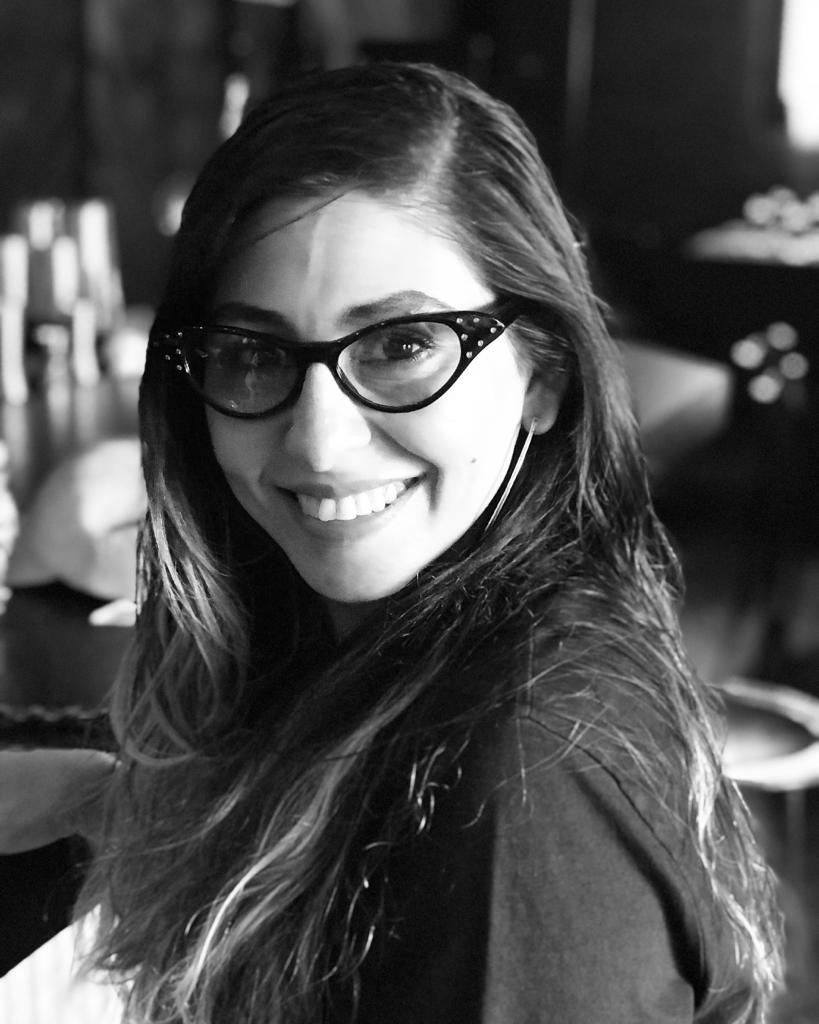 Garineh Nazarian is the director of the New Releases department at FilmRise, a major indie distribution company based in NYC. Before joining FilmRise, she ran her own distribution company working with filmmakers from the Middle East predominantly presenting the cinema to the North American audiences, in order to channel between the Middle Eastern cinema and the North American moviegoers. She graduated from Columbia University in film studies in 2013 before entirely shifting to distribution and focusing on the marketing and the business of the cinema.

Prior to settling in the United States for her studies, she worked in film production for over a decade as producer and director on primary mainstream Iranian cinema and TV shows. Working in the spontaneous, impulsive and hyperrealist Iranian film industry taught her to become adaptable with the various streams of the film industry. Therefore, after moving to the US she gradually shifted to film studies, research, and the business of this exciting industry. 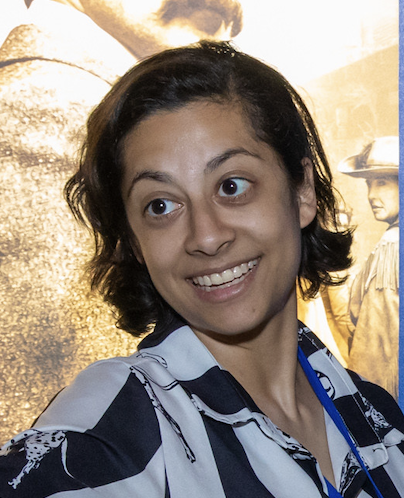 Asha Phelps is currently the Administrative & Operations Manager at IFC Center, specializing in theater and event operations. Her responsibilities also include alternative content programming, in-house and social media marketing, film accounting and organizational database maintenance. In conjunction with her duties at IFC Center, she also works annually with DOC NYC, now America’s largest documentary film festival, overseeing the festival’s ticketing and passholder programs, as well as virtual platform and venue box office operations. She was a 2016 participant in the inaugural Industry Academy International U.S., hosted by Film Society of Lincoln Center and the Locarno International Film Festival. She has a BA in Cinema Studies from NYU. Although a Texas native, she currently lives in Brooklyn, N.Y. 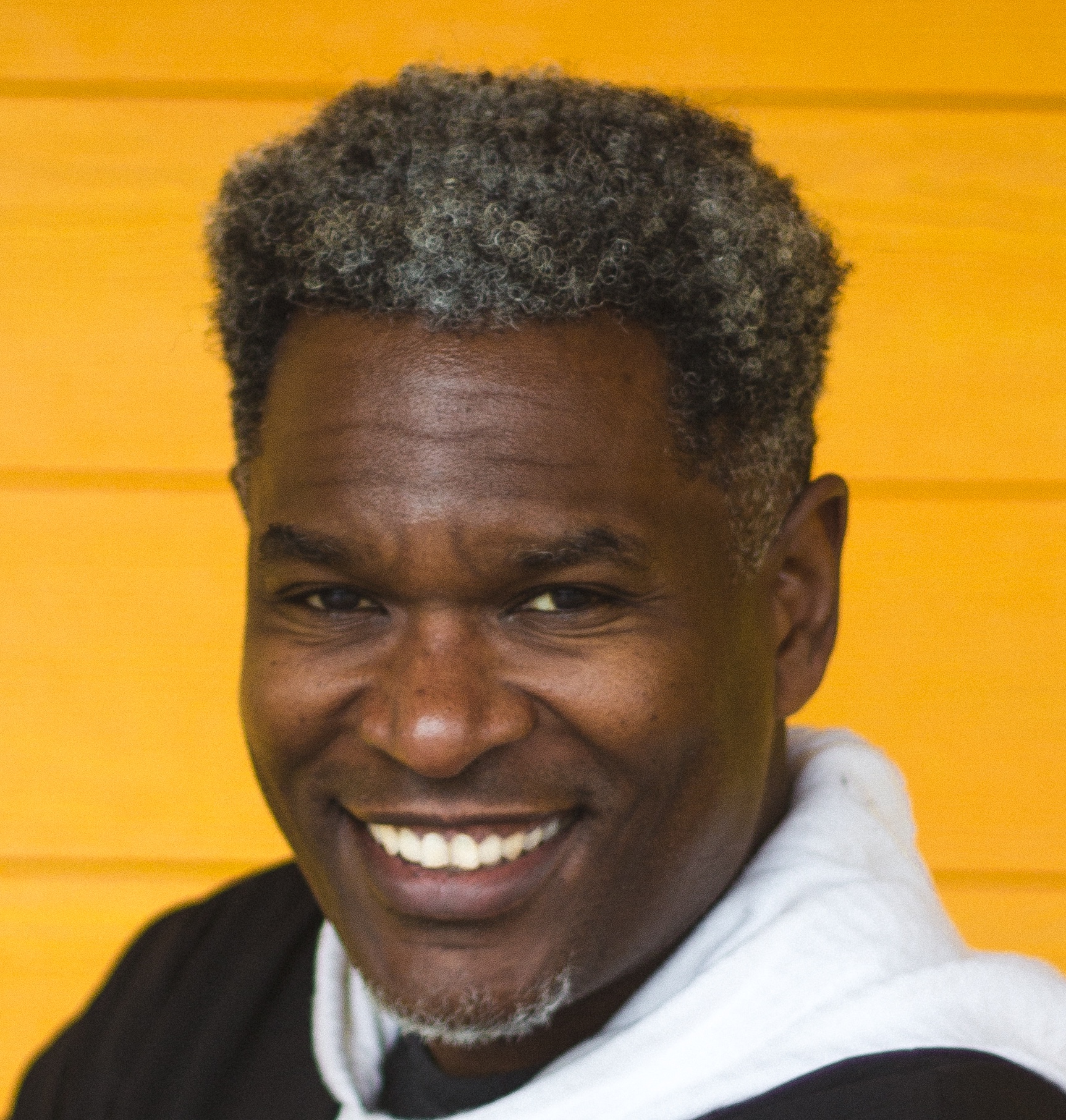 TT Stern-Enzi is the Artistic Director of the Over-the-Rhine International Film Festival. He began working in film as a freelance writer and film critic (first with regional alt-weeklies before transitioning to television at the local Fox affiliate) in the Greater Cincinnati region over 20 years ago and remains an accredited critic on Rotten Tomatoes and a member in the Critics Choice Association. He is also a Film Festival Alliance Board Member. 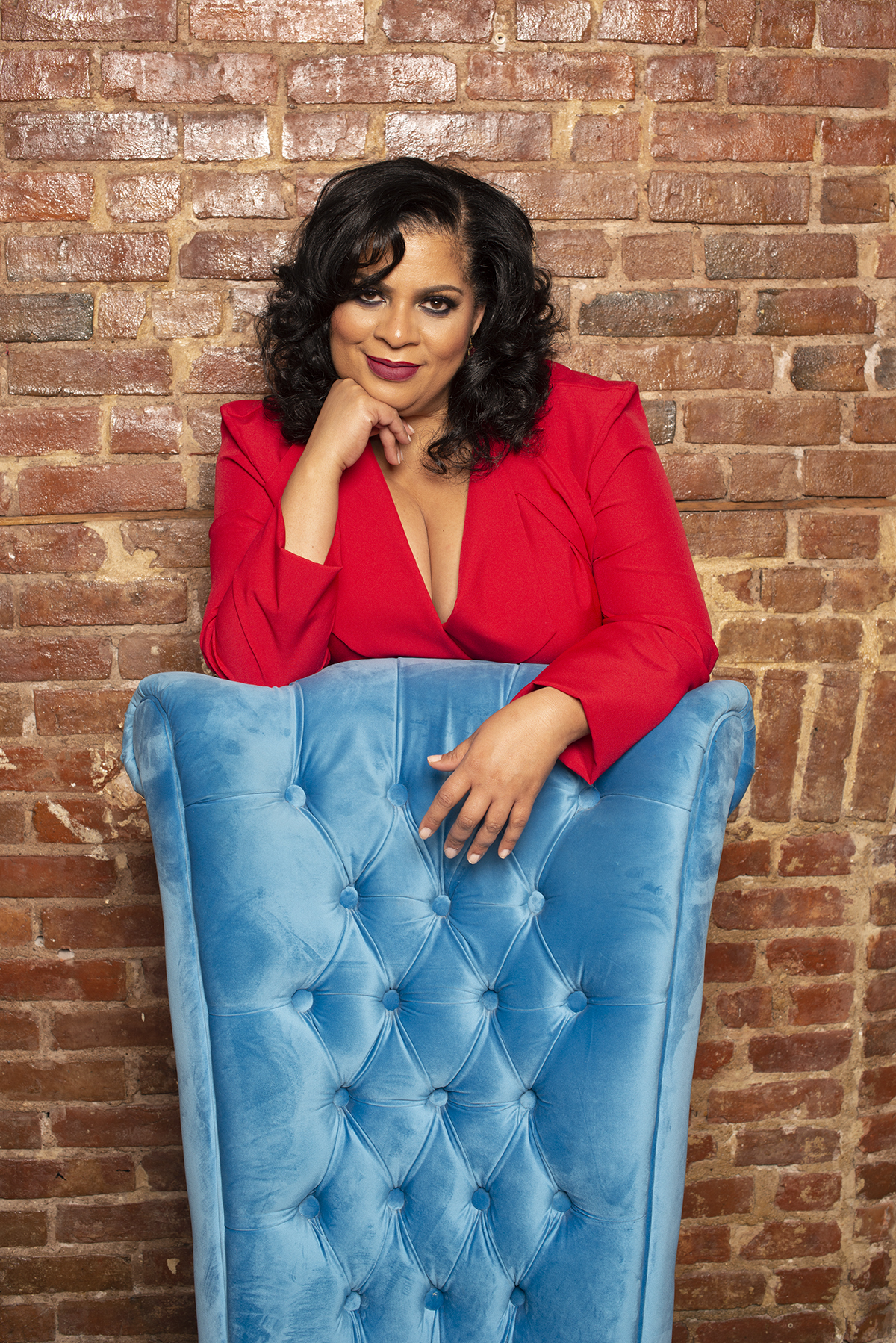 Emelyn is the first Black Latina to own an independent movie theater in New York. She worked in Corporate America for over 20 years and left to build a self-funded independent movie theater from scratch with no experience. The theater has survived floods, covid and more. Now, four years after opening my first theater, she is making history opening a small multiplex in my childhood neighborhood (Brooklyn, NY) that hasn’t had a movie theater in over 30 years. In addition to owning a movie theater, Emelyn is a filmmaker and founder of a film festival that celebrating its 10th anniversary this year. 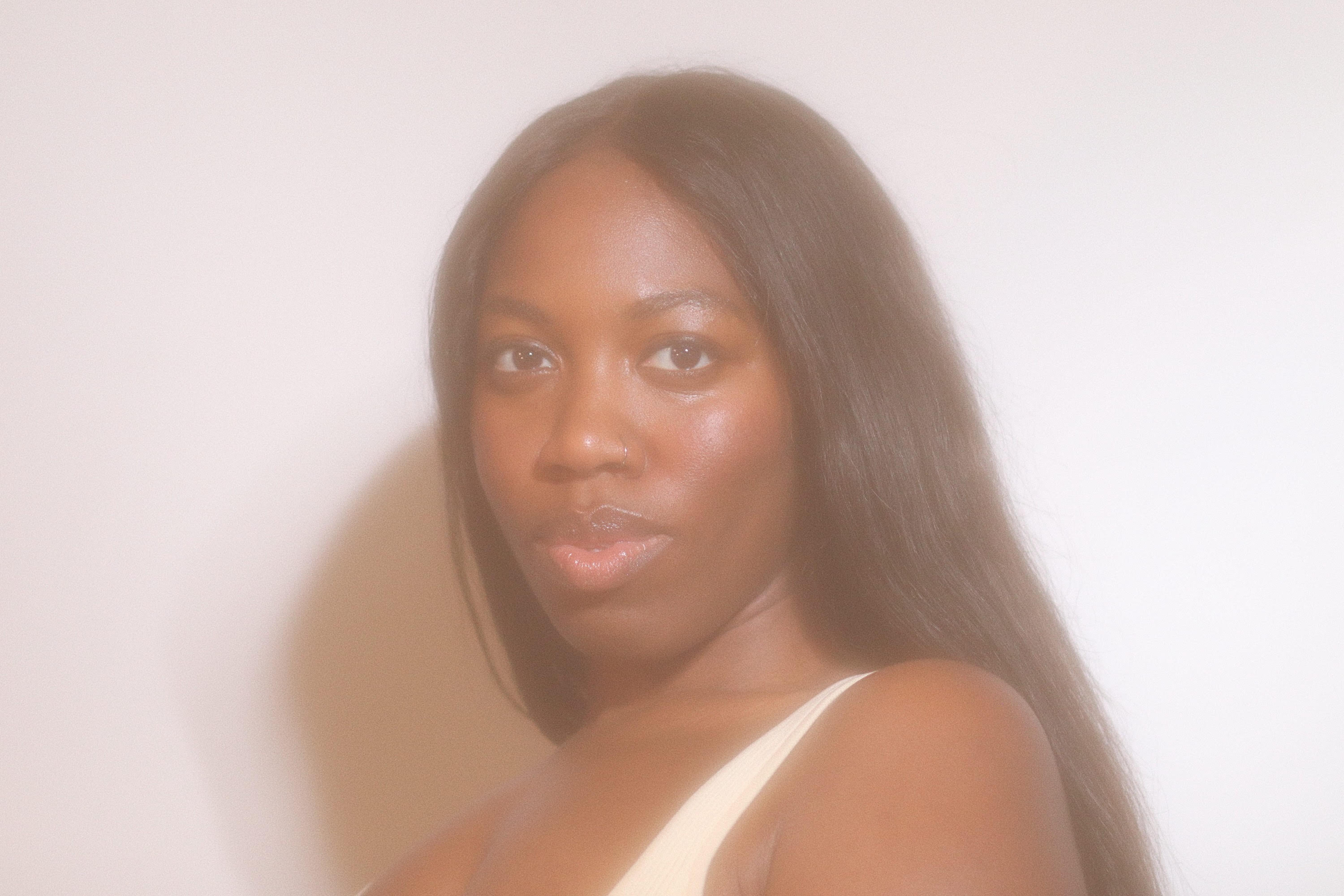 Stephanye Watts is the founder of the Brooklyn-based Be Reel Black Cinema Club, a group dedicated to amplifying independent, rare + previously inaccessible films by supporting filmmakers from across the African Diaspora, one monthly meet-up at a time.
A graduate of the HBCU, Clark Atlanta University, Stephanye is the Community Engagement Coordinator for Historic Germantown, a partnership of 18 extraordinary historic houses, destinations, and museums preserving the history of Northwest Philadelphia. As a people-focused arts worker, she has previously served as Program Manager at Recess, an artist-led alternative to incarceration youth program and Community Engagement Manager at Weeksville Heritage Center, which commemorates one of America’s first free Black communities. When Stephanye is not pushing #TheBlackAgenda, she’s also the host of the R&B podcast, ‘The Psyce’.